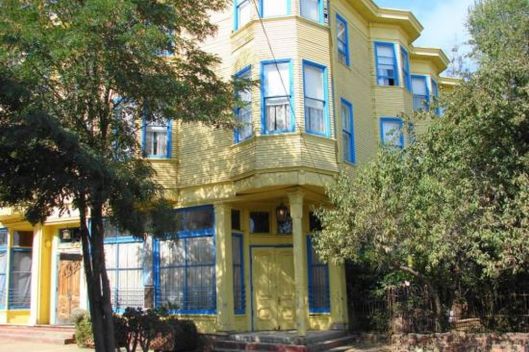 yes, i have a fertile imagination… in my head i have lived a thousand lives. that is why when i stayed in ivy i was transported to a town in a state of tremendous chaos and excitement. that was port costa.

but i get ahead of myself.

julie dropped me off and went home to chico. 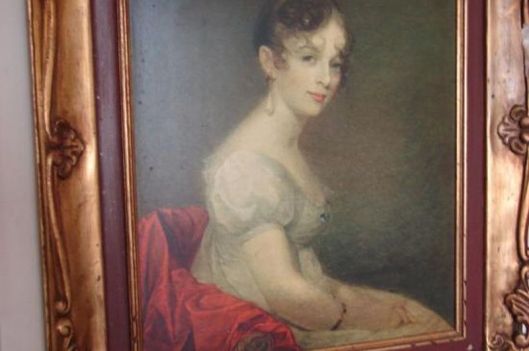 so there i stood with a suitcase and my small pack at the edge of the wide bay in a town which i began to learn had quite a fascinating history. port costa was now reduced to a few small businesses and a handful of residents. the saloon by the railroad tracks, now called the warehouse cafe’, sole survivor of over twenty joints which serviced the thousands of river men and stevedores who worked hard and had the means to play hard too. sugar and wheat were distributed to large ships which sailed the seven seas. there was a railroad junction, even a turnaround and a ferry dock where giant ferry boats big enough to carry a whole train docked. 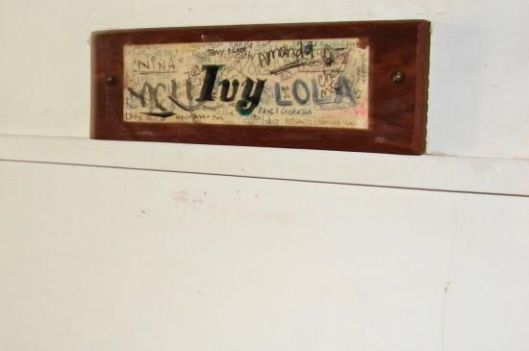 into this strange remnant of a victorian age bordello the hand of fate has unceremoniously cast me into a shadow play… the warehouse cafe, the sugar refinery and the ‘theatre of dreams’ had an antique charm that made my stay very interesting.

the cathouse had thirty rooms. each room had the name of the girl who ‘manned’ it. my room was called ivy. all night long and through the morning trains tooted by under the bay window of ivy. and i sat by the open window sensing the ghosts of love in the very woodwork and furniture. a little picture of a demure young lady caught my fancy. it could almost have been a joshua reynolds or a gainsborough… maybe romney, the painter of “pinky” who stares whistfully across the room at “blueboy” at the huntington collection.

she had a coy glance that said so much. she seemd to be looking askance of an invisible companion, no doubt her beau struggling with himself to blurt out his shy marriage proposal.
the antique table i am writing on is covered by a linen doily with gold embroidery and the windows are draped with greying chintz. 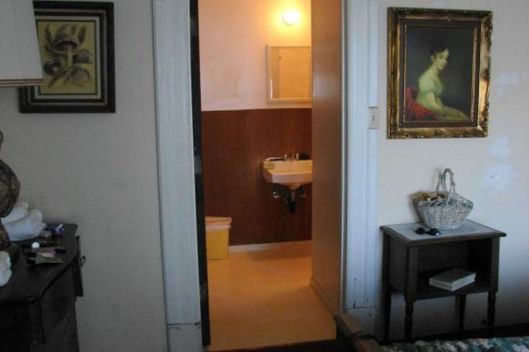 i kind of imagined that the girl in the portrait was a very young lady about sixteen who had fallen out with her rich father, ran away with her boyfriend and eventually, deserted by him, wound up in madame x’s fabulous hotel.

i had a night full of dreams caused by that room. it seems my imagination was working overtime when i finally fell asleep that night and i dreamed of ivy… all sorts of scenarios from hot sexuality to tragedy and sordid scripts… if i could remember the details i would write a screenplay.
there was murder and conflagration and scullduggery in my dream. and i woke up panting the next morning. my bed was wet with sweat from my tossing and turning all night long. never in my life have i had such dreams.

as luck would have it, i had to stay yet another day and spent a few hours in the library in crockett reading about port costa. that night i stayed in ethel. that’s my grandmother’s name… slept like a baby.
below the sign of the gourmet restaurant still serving top cuisine. the bull valley restaurant. 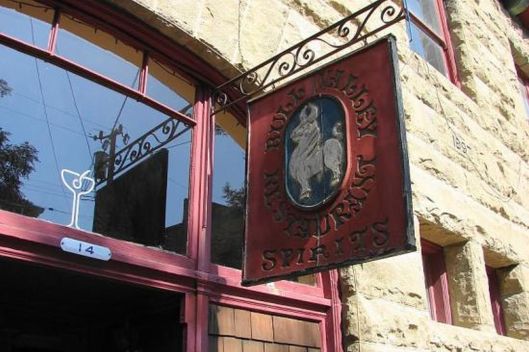 5 thoughts on “echoes of a wild town”