the hall of the mountain king.

(five pages, handwritten) so i haven’t changed the ‘diary’ style.

It’s 11:05 by a blazing campfire in front of the lean to (our favorite with the grassy peninsula to Marcy dam lake).  The moon is half or less and setting.  When we were fishing as it got dark the moon accentuated a complex peak to the south of the dam.  Good day. we swam once in the rocky river effluvium-  not as cold as i expected. We swam at a sandy beach where it is deep enough to swim out and around. Not going to mess around with the bears this time.  too many people hang their food while camping at Marcy for it not to be a wise thing to do.  (we lost food even with the bag hanging because the squirrels eat little holes and food drops down).  Easy wood gathering.  Easy fire start.

Didn’t catch anything with the ‘nightcrawlers’ we got at a corner store.  Try again tomorrow as early as possible.

Tuesday:  Up at dawn.  Ryan made coffee.  Went for food and fished with worms. No luck.

Breakfast:   Three eggs and nine bacon, koolaid and milk.  Second coffee and clean up on a rainy morning so we made the car trip with empty pack to bring up the rest of the supplies. Spent fifteen minutes on the dry side of a big pine tree…  didn’t have time to just stand there waiting so we trudged on up the trail.  Ryan had his cheap red poncho so his shoes and his pant legs were soaked.  i dressed lite and had left my poncho in the car to come up on the second trip to the parking lot.  Anyway, we pressed on in the heavy rain.  dried off and changed at the car with the heater on. Went to the “Mountaineer” for boots for Ryan and a better poncho.  Closed.  We missed by half an hour.

The guy there at the Mountaineer had that bearded skinny intellectual/backpacker i’ve seen about six times up here already.  He was also at the Lake Placid Camping Supply place where they also had no boots for ryan.  We went to a shoe outlet. Two salesgirls were putting away stock.  We asked about the boots.  At first, they said no.  I said, “They don’t seem to care about children here in Lake Placid.”  First one, then the other joined in the search.  We had to decide and try on three pairs.  they once had a fight over Ryan’s foot.  We hurried. Made one more stop for brandy.

Finally, at about 7:30 packed our packs.  No rain but got dark on the way up to the dam.  Ryan was a little scared once.  His new boots of course gave him a nice heel blister on each foot.  No fire that night.  Read the “Ramayana”.  Ryan and I weren’t that hungry and settled for hot chocolate and lemon chicken soup, some candy.  Bed at 10:30.  I read ’til midnight.  No stars.

Wednesday:  Found a blue rock iridescent. Barefoot day for the ‘rock hopper’.  He and I went up to the monkey spot. I swam au naturel, ryan had to keep his underpants on.  It was really cold this time and we didn’t get past my navel.  Remembering when he was two letting him go like some kind of giant frog.  It really was freezing then but the kids didn’t mind at all because it was such a sweltering hot day in the sun.

We had started the day late.  Woke at 9:30.  very stiff even with the air mattress.  Breakfast- three eggs, six bacon, coffee and hot chocolate.  then, clean-up and shave.  first tooth brushing for both of us and vitamins.
Ryan enjoying his book “Nintendo Ninja Gaidan”.  Ryan did two mountain watercolors.

Then we gathered some wood.  Ryan fished with bacon for bait. 12 ‘apsaras’ swimming when we went to the dam itself to fish.  Explored a little before dinner fished and swam at the sandy beach.  dinner:  rice and chili and hot dogs, tea and cocoa. Some goodies.  Problems with chipmunks and squirrels and a bear clawed my pack.  Read the “ramayana”, beautiful half moon minus a bit more.  Starry night by the campfire.  Ryan fell asleep 10:30.  Kept fire going until midnight.  Went to sleep relaxed.

Thursday:  I saw the dawn and rolled over.  Ryan made coffee 9:30.  Got food, had breakfast after i washed last night’s dishes. Three eggs six bacon three pancakes w/maple syrup, tea, kool aid.  Ryan did the dishes then soaked his feet for 35 minutes.  we used some hydrogen peroxide on his sores and of course the healing sun.  Wash, shave, vitamins etc..  Ryan finishing Gaidan ninja in hammock. Ranger lady came and gave us the usual lecture…  “dead and down”  for firewood.  Deerflies on my ankles won’t let me rest.  Swam with raft.  picking blueberries by the moss bank shore from the raft.  lazy day.  Two interloper tents went up on ‘our’ grassy spot.  Ryan shy.  Dinner: Chili, rice, peppers, biscuits with hot dogs.
Ramayana for ninety minutes.  Woke up at 4:00 a.m. coughing….  glad to have the Robitussin for the cough.

Friday:  Up at 8:30.  Ryan made coffee.  I spilled the last three eggs; ate what i could salvage.  then we filled up on pancakes and maple syrup, water and milk. the interloping tenters from Montreal left at 11:00 a.m..
After the usual ablutions took off for Avalanche Pass an easy 2.8 miles.  ryan went barefoot, I in my sandals.  One canteen and a camera. We swam at Avalanche pass from the rocks.  No telling how deep it was, like a fjord with cliffs on both sides.  I dove down as far as i could go and no bottom. We both swam to the middle of the lake.  Awesome, the colors and the light.  On the way up we had another swim at monkey pond…  shampoo and sunbathing.

we got back around six.  Dinner:  Hot dogs, stroganoff, noodles with the last of the rice.  First canister of fuel for the Coleman stove…. hooked up the second one.  Hot chocolate for both of us.  Ryan now reading in hammock, “Simon’s Quest”.  fire ready at 7:00 p.m. 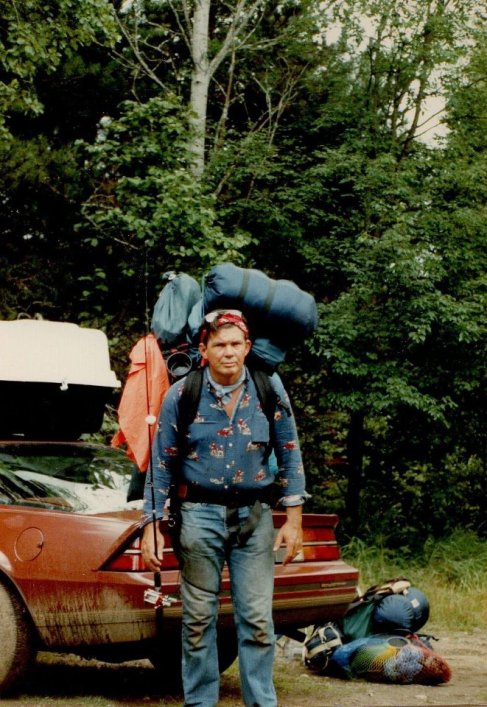 Thank you opera and wordpress for not letting my blog slip into the oblivion of ones and zeros’ black hole. smart the way they made it seamless. i am very grateful.

always so certain of themselves, and wiser people so full of doubts.”

have you ever realized in the moment that you wished you could stop something from going the way it was going?  but you just don’t know what to do to break out of the circle? you are held captive only by things you ‘identify’ with. it’s like your face is stuck to a mirror and you can’t see it because you’re too close.

some relaxation is necessary to restore your state to a more quiet one. and even if it’s only for a few minutes, the answer comes… as if from above.

the question is is that moment of intelligence going to be turned into action? whether the action is ‘right’ or not, once done in the spirit of the freedom from negative karma there should be a kind of euphoria.

there are two great helps in literature which come to mind. one is hamlet’s soliloquy. he asks himself, “whether ’tis nobler in the mind to suffer the slings and arrows of outrageous fortune, or to take arms against a sea of troubles and by opposing end them.”  why does he say ‘nobler in the mind’? as opposed to nobler where?

is it ‘nobler’ to accept than to struggle? for example if i see that i am asleep, should i accept it? or struggle to awaken as a truly active aim?

the other is ” happiness is a feeling that a resistence is overcome, power increases.” which is what nietzche said. we are in our own way. if we can just get out of our way we not only have the cake and eat the cake, we transform the cake.

that’s all i can think of except we know that the “bhagavad gita” haggles with the question of karma and action and non-doing but completely ignores the help which conscience can be.

To be continued…  “on conscience”

END_OF_DOCUMENT_TOKEN_TO_BE_REPLACED

nobody really knows or can use reality. i mean nobody undeveloped of course; even then we are still swimming in a soup of imagination.

eventually we see once and for all that escape is only a strange wish in reality. searching for a guiding principle and finding nothing that doesn’t shred with time. acceptance is within reach but it is diverted by a fundamental desire to function better.

struggling with the elements, the yes and no of situations must be encouraged by myself.  the best reasoning i am capable of must be found. it is urgent.  there is enough time, but time is running out.  the hourglass hidden. 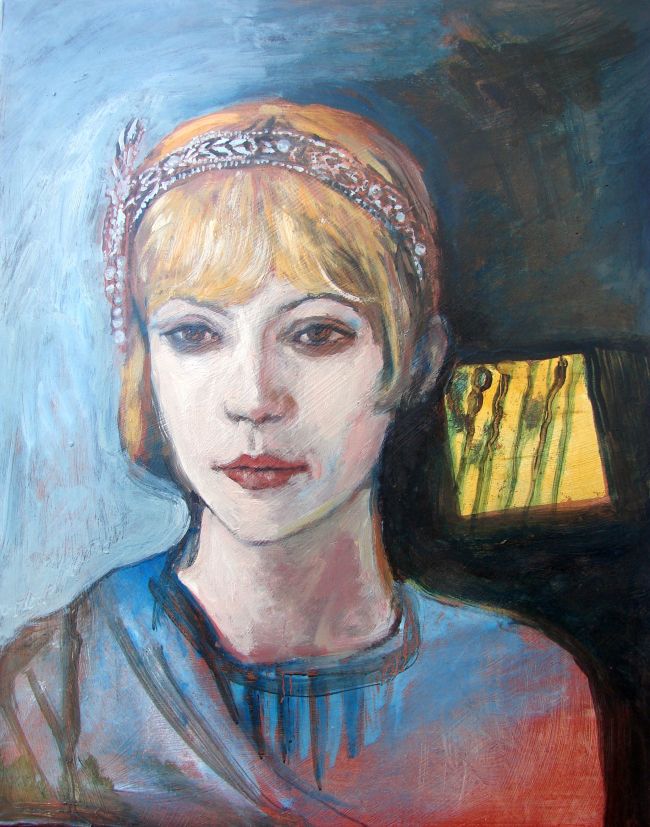